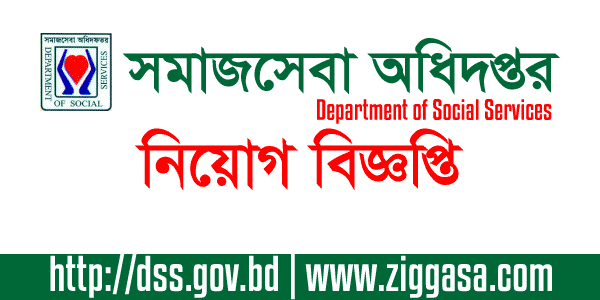 If you know USER ID:

If you know PIN:

The use of drugs is very ancient in the socio-economic, cultural, and historical context of Bangladesh. The British East India Company started the first opium cultivation and opium business in India for their commercial interests and issued a farman and appointed some officers for it. The British made a lot of money by producing opium in India, exporting it to other parts of the world, including China, and opening opium shops in that country. The first opium law was introduced in 1857, bringing the opium business under government control, and the Opium Department was established in 18 by amending the Opium Act. Then the collection of revenue from cannabis and alcohol also started and in 1909 the Bengal Excise Act and the Bengal Excise Department were established.

In 1930, the government enacted The Dangerous Drugs Act-1930 after the spread of various drugs made from opium and cocaine in addition to opium, alcohol, and cannabis. Similarly, the government enacted The Opium Smoking Act-1932 in 1932 and the Dangerous Drugs Rules-1939 in 1939 to control opium use. After the establishment of Pakistan in 1947, the prohibition Rules-1950 were enacted in 1950 to control alcohol consumption for Muslims. The Opium Sales Rules-1957 were enacted in 1956 during the Pakistan period. Then in the sixties, the Bengal Excise Department was renamed as Excise and Taxation Department and placed under the Ministry of Finance.

After the rise of Bangladesh through the Great War of Liberation, the Excise and Taxation Department was reorganized in 1986 and placed under the National Board of Revenue under the Directorate of Narcotics and Liquor. In 1982, the production and marketing of codeine-mixed cough syrups, certain alcoholic health tonics, tablets, syrups, etc. were banned. Opium and alcohol were banned in 1974, cannabis cultivation was stopped in 1978 and all cannabis shops were closed down in 1979.

Until 1989, the main objective of the Directorate of Narcotics and Liquor was to collect revenue from drugs produced in the country. In the eighties, drug abuse and trafficking increased alarmingly around the world. To address this problem in Bangladesh, the Drug Control Ordinance, 1979 was enacted in late 1989 to prevent drug abuse and illicit trafficking, to develop public awareness about the harmful effects of drugs, and to treat and rehabilitate drug addicts. Then on January 2, 1990, the Narcotics Control Act, 1990 was enacted and the Narcotics and Liquor was replaced in the same year by the Department of Narcotics Control under the Secretariat of the then President. Then on September 9, 1991, the department was transferred to the Ministry of Home Affairs.

Department of Narcotics Control under the Ministry of Home Affairs, Government of the People’s Republic of Bangladesh. Planning and implementation of international anti-drug measures, including control of import, transportation, and use of drugs, control of import and transportation of drugs, proper testing of drugs, ensuring treatment and rehabilitation of drug addicts and raising awareness about the dangers of drugs. The main responsibility of the department is to build resistance against drugs nationally and internationally by building a close working relationship with them.

Vision: To build a drug-free Bangladesh.

Mission: To control the flow of illicit drugs in the country, control the import, transportation, and use of legal drugs used in pharmaceuticals and other industries, ensure proper testing of drugs, ensure treatment and rehabilitation of drug addicts, plan and implement prevention programs Build drug resistance nationally and internationally through close working relationships with other international organizations.

We have various government jobs, private jobs, job quotation papers of different companies, we upload them here. Everyone really likes to follow Professor Recent Job Solutions. We are trying to work towards that. From there we are uploading some Kochchen, we will give in large size in the future. In this post, we have uploaded the PDF file of the Recent Job Question Solution January to May 2020 Pdf. If you want, you can easily download from the download option below and read on mobile.

We regularly publish the news of various government and private jobs here. If you want, you can visit our website and see and know about them and you can find out how to apply for a job through our YouTube channel. Hey, from the tests, we have discovered the sector team of Recent Job Question Solutions.

So you get different problems when you go to get different admit cards. That relationship is posted variously on our website. There are many videos on our YouTube channel on how to easily download admit cards.

Moreover, we have added a new feature which is that WhatsApp Messenger can communicate with WhatsApp. You can stay connected with us all the time through our Facebook page. Hopefully, you will share our posts to inspire us.

And if you inspire us, you will benefit because at your inspiration we will be able to come to our ziggasa.com with new things.