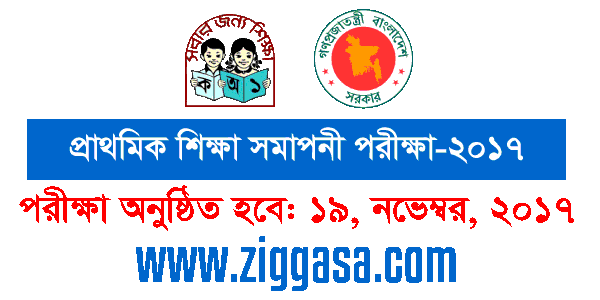 PSC exam 2017 will begin from Sunday, 19 November, 2017 and it will continue till Sunday, 26 November, 2017. The decision was taken at a meeting chaired by Primary and Mass Education Minister Mostafizur Rahman at secretariat on July 18. Details PSC & Ebtedayee exam 2017 has also been announced.  Every year a huge number of students appear in the PSC Exam. This year a huge number of students will also appear in the PSC and EBT Exam 2017. Last year 32,30,288 examinees attended in the PSC Exam 2016. PSC exam is managed by Directorate of Primary Education Bangladesh.

If you want more information, so contact us with Facebook Fan Page as soon as possible. We are waiting for you! Or Email us following by our website’s Contact Page. Thank you for visiting here. Please Subscribe Our Youtube Channel : Online Ziggasa.