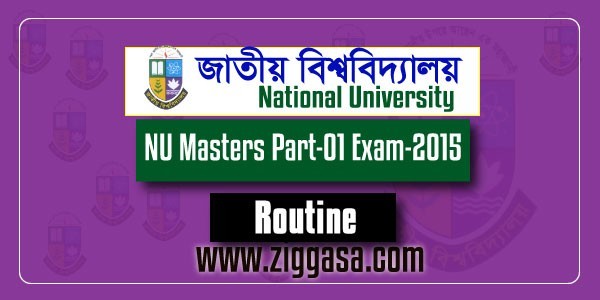 Established in 1992 by an Act of Parliament (National University Act, Act-37 of 1992) the National University, Bangladesh is an autonomous affiliating Public University catering the general and professional education (except Engineering, Medical Science and Agriculture.) in 34 disciplines through its 2196 graduate and post-graduate affiliated college and

institutions spreading all-over Bangladesh and conducting an on-campus research-based Master in Advanced studies (MAS), M.Phil and Ph.D Programs and teachers training programme in the central campus located in Gazipur 30 Km away from capital city Dhaka. With more than 2.1 million enrolled students and nearly 60 thousands teachers in affiliated colleges and institutions, it is the largest University in the country and the 5th largest in the world in terms of students and attached institutions. About 70% students of tertiary level higher education belong to this University.

As per NU act, it’s responsibilities include framing curricula, prescribing academic programs, providing teachers training, administering admissions, conducting examinations and conferring degrees and diplomas. It is also mandated to improve the quality of teaching-learning. According to provision of the act NU can also establish Academic Collaboration with others Universities and Institutions around the globe. NU Conducts more than 100 types of examinations throughout the year. The National University has three academic units namely, School of Undergraduate Studies, Centre of Post Graduate studies Training & Research and Centre for Curriculum Development & Evaluation under three Deans.

In pursuance of National Education policy 2010, NU has established 6 Regional Centre in 6 administrative divisions of the country namely, Barisal, Chittagong, Khulna, Rangpur, Rajshahi and Sylhet in order to provide door-step academic and administrative services and also for intensive monitoring of affiliated institutions. Realizing the limitations of traditional systems of governance from the central campus at Gazipur, the NU authority has taken massive initiatives to develop NU into a fully IT-based University. NU authority has decided to hold it`s first ever convocation at the end of 2016 which has created huge enthusiasm among 4 (four) Million graduates of the university those who are contributing immensely in the various sectors of economy of the country and in abroad as well. Hon`ble President of the People’s Republic of Bangladesh and the Chancellor of the University Mr. Md Abdul Hamid has given his kind consent to be present in the 1st convocation of NU and will preside over the ceremony. The main venue of the convocation will be Bangabandhu International Conference Centre (BICC), Dhaka along with sub-venues located in various metropolitan cities of the country. The convocation programs will be telecasted live on TV and on-line from multiple locations. ( Curtsy by : nu.edu.bd )